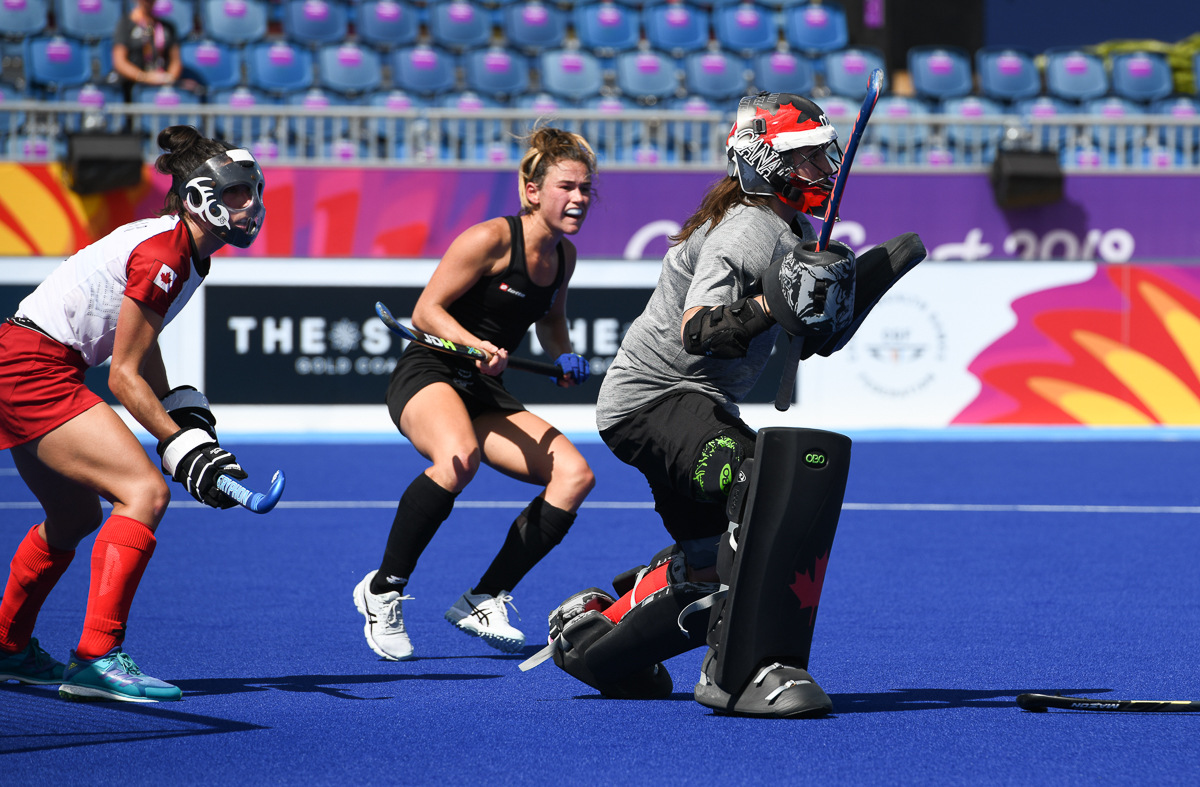 The final 30 seconds on the game clock took 10 minutes to play. It was the final touch on what was the Incredible drama that unfolded at the Gold Coast Hockey Centre on Sunday morning as Canada and New Zealand traded blows and played to a 0-0 draw.

Going into the game, Canada was no doubt the underdog as New Zealand had a perfect record and Canada hadn’t yet scored a goal. According to the players and coaching staff, the team has embraced the underdog mentality. And although Canada may not have added to their goal total during the 0-0 draw with New Zealand, they’ve certainly turned some heads in the hockey world.

In the first quarter, New Zealand carried most of the possession and attacking chances. The defensive core of Karli Johansen, Dani Hennig and Sara McManus kept the Black Sticks at bay while the Canadian offense found their legs.

The midfield and attacking unit of Natalie Sourisseau, Amanda Woodcroft and Steph Norlander did their part in the defensive zone as well with their relentless pursuit of the ball. In the second quarter, Canada pushed back and earned some glorious chances of their own.

A story developing throughout these games for Canada is the dominance of Canadian goal keeper, Kaitlyn Williams. She has been near perfect this tournament stopping everything from the field and only allowing one goal in the form of a penalty stroke.

Canada had a late surge featuring two penalty corner opportunities and then with 0.5 seconds left on the clock, New Zealand had their final PC turned away by the Canadians. They referred the play, but the call stood and the game was over. Yellow cards, green cards a plenty and high-pressure video referrals, this game was loaded with intensity and drama from the get-go and certainly didn’t cease until the final horn went.

Canada now has a record of 0-1-2. They have yet to score a goal but have only allowed one. The incredible goalkeeping and stingy defense of Team Canada has become the talk of the tournament. They will face Ghana in their final outing of the group stage. A win against Ghana gives them a great chance to get into the fifth-place game and shatter their pre-tournament seeding.

Canada battles New Zealand to a 0-0 draw at the 2018 Commonwealth Games. Photos/Yan Huckendubler